from The Sound of SceneSat Volume 6 by Various Artists 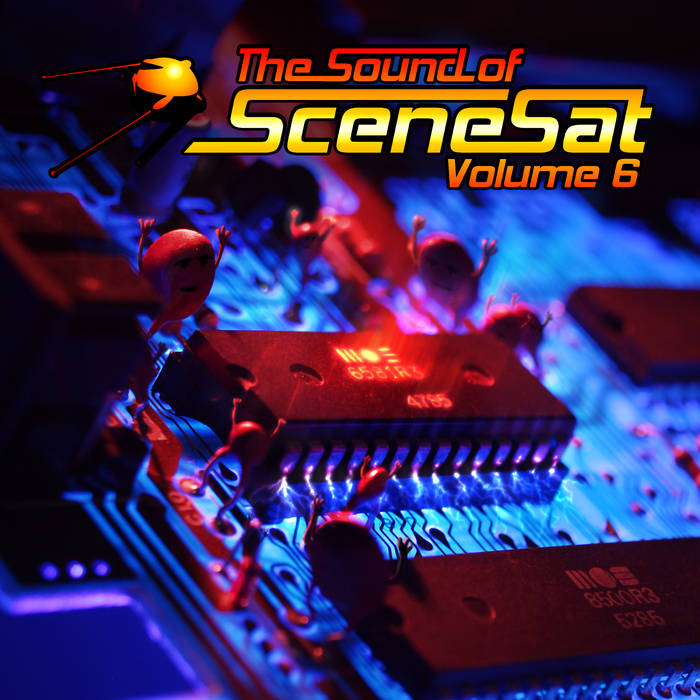 The music itself fits into a 64k executable because its only 4.7k! Created in Renoise with Clinkster synthesizer and home brew synth patches. This would become my last track ever composed on a conventional PC. The iPhone itself had now become the most powerful device in my possession. RIP.

The evening of July 4th 2016 when NASA Juno arrived at Jupiter after a chilly five year journey from Earth.
Juno's lead scientists had just announced the acquisition of signal live as we followed the broadcast from NASA headquarters online.

Within the hour, Juno announced that it had completed a successful orbital insertion around Jupiter.
Woohoo!! Juno had arrived!

This is the the first dedicated probe to take up temporary residence orbiting the gas giant! It's a pretty big deal for science, have you seen how many reddit posts are made from its images? 🤣

NASA, in a predicable public outreach effort announced an impromptu competition inviting the general public to contribute artworks to mark their accomplishment.
To cut a long story short, I had a series of happy accidents occur while fudging around with my drawing tablet whilst sat in a local airport (for the view, no travel), then all of a sudden a couple of weeks later-, holy ^%$#, first prize announced. Amongst the cool fluff with the packet was an incredible piece of space history- an actual highly collectible/valuable mission medallion! 😳

Blown away (as anyone would be I guess), I sent in a cheesy canvas print of my entry as a thank you. 😊 They didn't have to do this but the CEO of ULA (Tory Bruno) had it put in a cabinet and sent me a “yup it's here” photograph of it! Just Wow! 😯 😅

But this wasn't enough to truly say thanks to the NASA team behind the actual technical and massively inspiring accomplishment, which is when Gravity Assist manifested from a surreal night long session on the good old PC on Renoise pushing the dinky but great little 4K synth: Clinkster Synth.

There's a epic cheesy video for it, with real live video footage shot around the Netherlands as we drove to and from various airports- processed it all together on the iPhone 5 (a digital media challenge!) at the time I was also busy trying to reassemble the bits of my life and personality that had been shredded to pieces by genuine self neglect so getting a project to work on really helped put my energy in the right place and my feet back on the ground, which is where I've been these last few years since.

Since this was made as a thank you to those that push the technological progress ever forwards, to me it made sense to include the scene in that celebration as well, as I would not have been able to overcome self doubt and actually use the skills I developed (and still am) without the strength, will and the sheer monstrously sized sweaty balls of the demoscene dangling between our collective legs.

I miss you, I want to see you all again sometime and hope that the future brings us together again for some seriously crispy (night) bacon.

Until then, this is PE1RRR^BPQ (hi hi), m0d^3LN/RedHeat signing off.

P.S My Sil/KittyPitty (Ilona) is still the most amazing woman in my universe.